Built in 1894 this red brick building was built by the British according to the Tudor style and is a two storied building with a clock spire.This building is located at the centre of Nuwara Eliya town and is one of the oldest buildings in Sri Lanka. 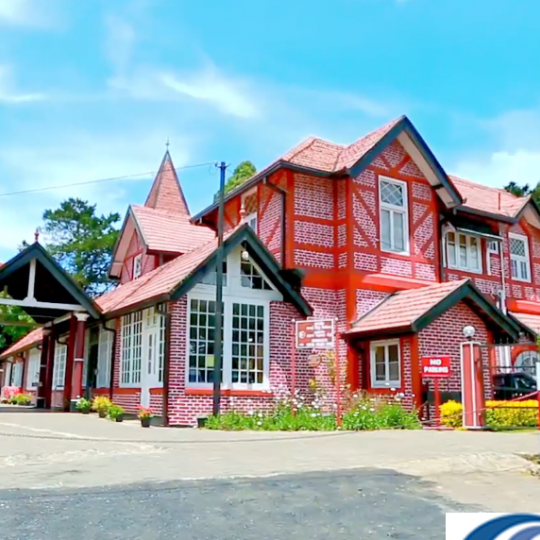 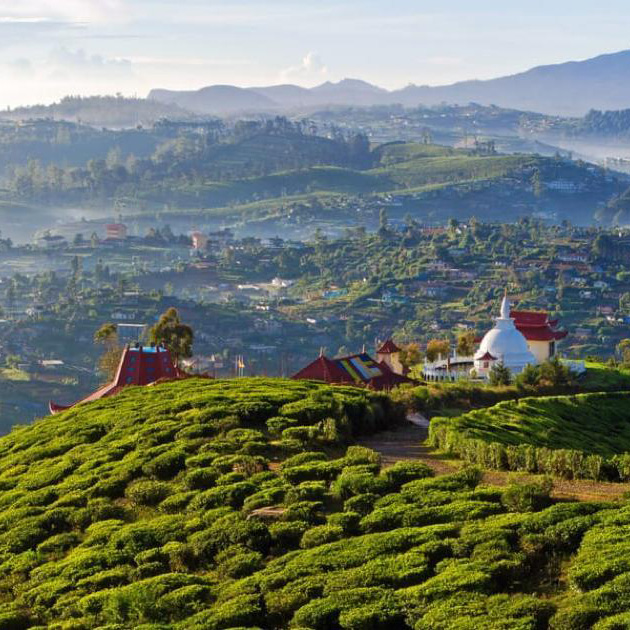 Single Tree Hill’, or ‘One Tree Hill’ as it is also called, is the 10th tallest mountain of the tropical paradise island of Sri Lanka. Situated next to the mountain city of Nuwara Eliya, the peak has a height of 6890 feet or 2100m above sea level. The summit, with the single tree on it, offers a great vantage point to view the surrounding landscape.

Located just 1 km from the Hakgala is the Seetha Amman kovil. This is the only Seetha Amman kovil in the world and is built according to South Indian architecture. Legend has it that Seetha was held captive and hidden in this spot by king Rama to protect her from the demon king Ravana according to the Epic Ramayana. The stream that runs close to this spot is believed to be the place where Sita bathed and the rock beside it is supposed to be the place where she sat praying. On the rock face across the stream are circular depressions believed to be the foot prints of Rawana’s elephant.There is one spot in the stream where the water cannot be drunk and legend has it that Sita cursed this spot and hence the bad taste. Water is very clear and the Temple is known in many other names such as Sita Amman kovil, Sita Amman Temple, Hanuman Kovil, Hanuman Temple and Sri Bhaktha Hanuma Kovil which all refer to the same place. 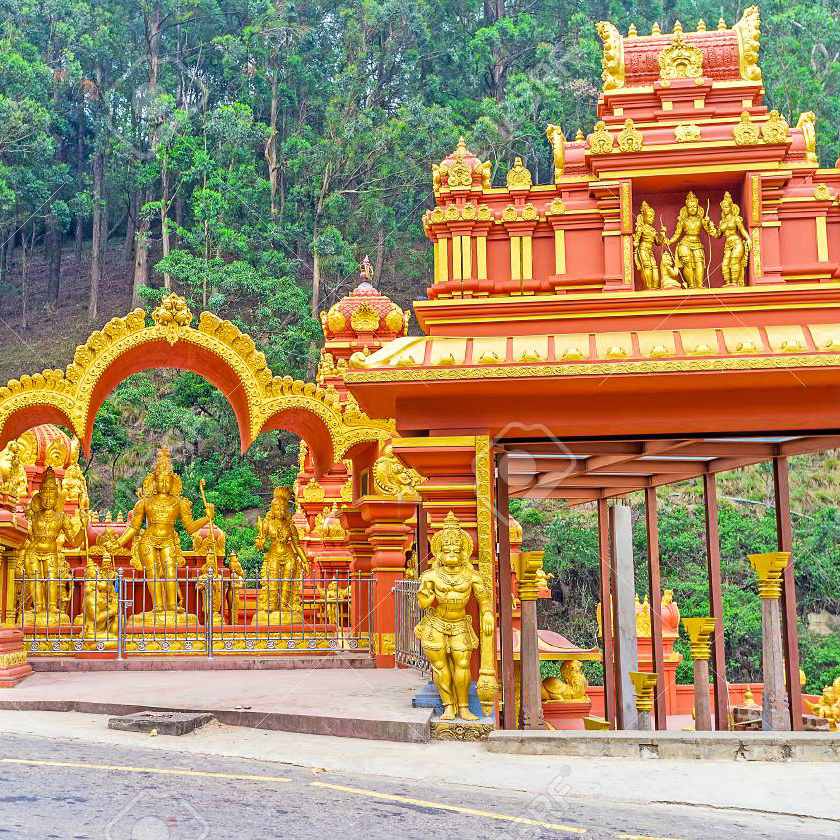 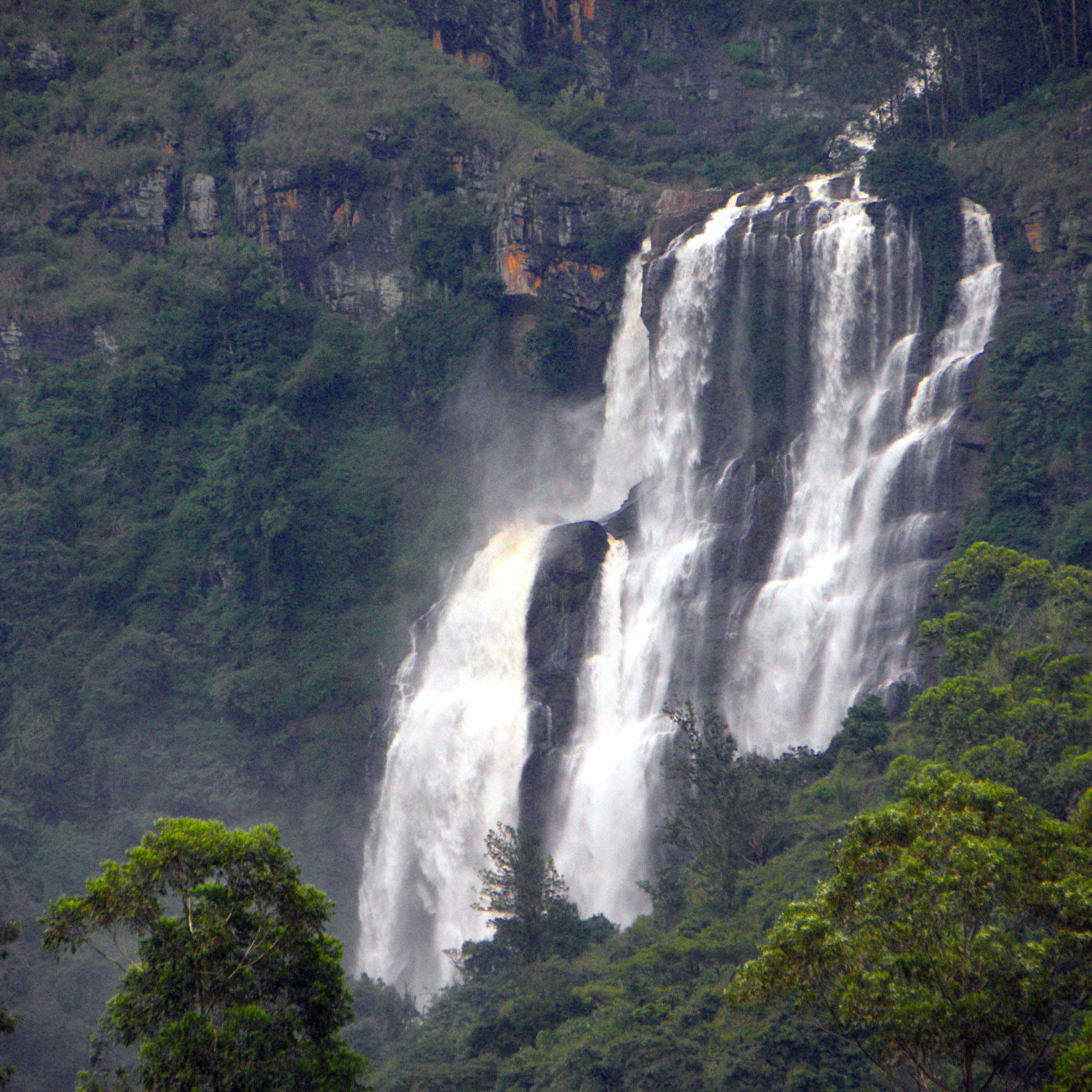 Bomburu Ella falls (also known as Perawella falls) is the widest waterfall in Sri Lanka. It is 50 meters high and is situated in Sita Eliya Kandapola forest reserve. This beauty belongs to both Nuwara Eliya and Badulla districts. Some consider this beauty as the most beautiful waterfall in Sri Lanka, making this a must-visit destination for every traveler.

Horton Plains National Park is a protected area in the central highlands of Sri Lanka and is covered by montane grassland and cloud forest. This plateau at an altitude of 2,100–2,300 meters (6,900–7,500 ft) is rich in biodiversity and many species found here are endemic to the region. This region was designated a national park in 1988. It is also a popular tourist destination and is situated 8 kilometers (5.0 mi) from Ohiya, 6 kilometers (3.7 mi) from the world famous Ohiya Gap/Dondra Watch and 32 kilometers (20 mi) from Nuwara Eliya.

The Horton Plains are the headwaters of three major Sri Lankan rivers, the Mahaweli, Kelani, and Walawe. In Sinhala the plains are known as Maha Eliya Plains. Stone tools dating back to Balangoda culture have been found here. The plains' vegetation is grasslands interspersed with montane forest, and includes many endemic woody plants. Large herds of Sri Lankan sambar deer feature as typical mammals, and the park is also an Important Bird Area with many species not only endemic to Sri Lanka but restricted to the Horton Plains. Forest dieback is one of the major threats to the park and some studies suggest that it is caused by a natural phenomenon. The sheer precipice of World's End and Baker's fall are among the tourist attractions of the park. 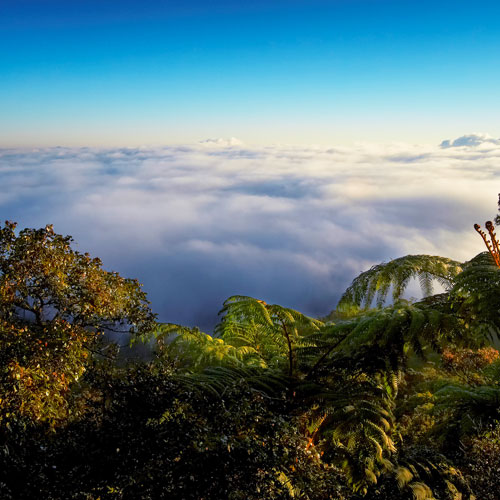 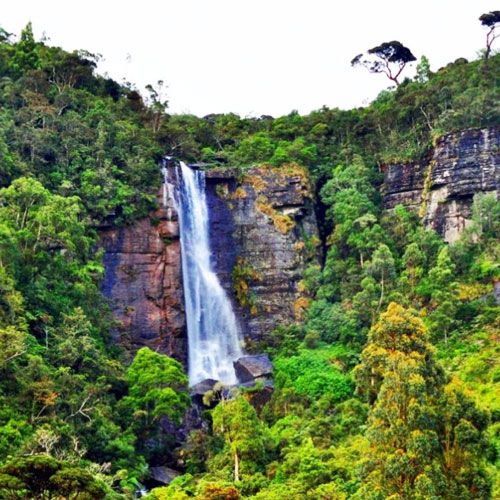 This beautiful 30m high Lovers Leap fall in Nuwara Eliya is incipient of the streams and brooks of Sri Lanka’s highest mountain, the Piduruthalagala (2524m). It flows over hard granite ledges and the water is collected in a tank and used for drinking. In dry spells, the flow is languid The fall is said to derive its name from the tragic tale of a prince, who while hunting in the jungle, lost his way. He was rescued by a beautiful damsel, and the two became inseparable lovers. But the match was not to the liking of the prince’s subjects, so the two decided to immortalise their love by leaping from the top of the fall to their death.

The garden was established in 1861, under George Henry Kendrick Thwaites as an experimental cultivation of Cinchona, a commercial crop thriving at the time. Once after the Tea replaced the Cinchona, it was turned into an experimental Tea cultivation. In 1884 it transformed to a garden. Since then many sub tropical and some temperate plants were planted in the gardens.

Hakgala Botanical Garden is situated on the Nuwara Eliya-Badulla main road, 16 km from Nuwara Eliya. The garden has a cool temperate climate because of altitude is 5,400 feet above the sea level. The mean annual temperature ranges between 16 °C to 30 °C during course of a year. From December to February it has a cold climate, while the warm climate persists from April to August. 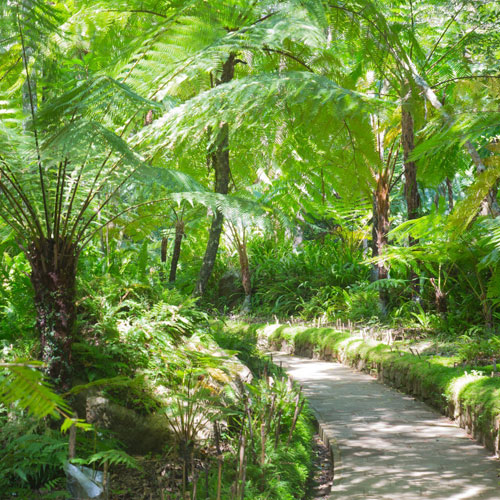 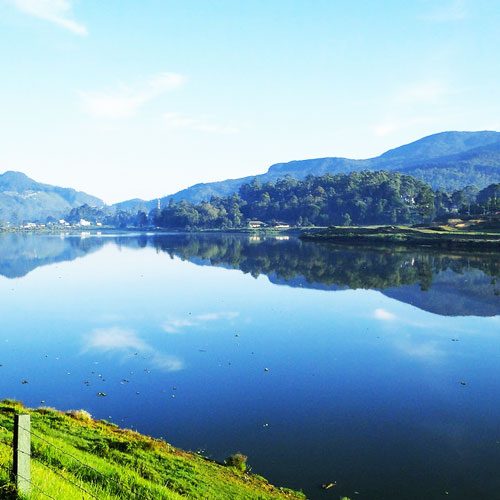 Lake Gregory is one of the significant tourist attractions in Nuwara Eliya. It was built by the Governor William Gregory during 1872 – 1877 periods by utilizing the water from the Nanuoya which runs across the town. It is about 91.2 hectares in extent. It was said to be used for water sports and for re-recreational activities during the British rule. A boat yard now allows visitors to go boating and rowing.

Walking distance from the town center spread over 90 acres, over a hundred years old (built in 1891), and the 18 holes golf course is one of Nuwara Eliya’s biggest attractions. It is reputed to be the only Golf Course where all the holes are visible from the Club House or accessible by car. In the old British cemetery at the rear of the Club House is the Nuwara Eliya Golf Club memorial to Major Rogers, the elephant hunter credited with killing around 1500 elephants. 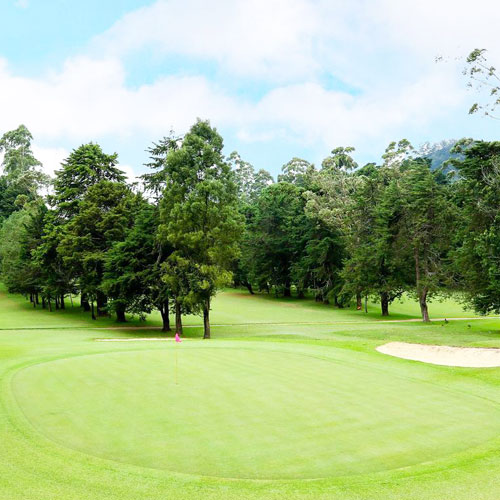 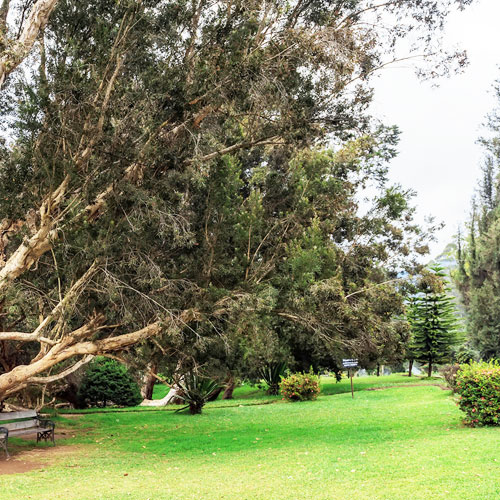 The Victoria Park is a public park located in Nuwara Eliya, next to the Nuwara Eliya Post Office in Sri Lanka. Originally the park was the research field of Hakgala Botanical Garden. The park was formally named in 1897 to commemorate Queen Victoria's Diamond Jubilee. The park was established with the planting of its first tree, an Oak, by a visiting German Princess. The Nanu Oya River runs through the park, creating a number of small scenic lakes that greatly enhance the park's natural beauty.

It is popular with birdwatchers at quieter times because of the good opportunities it gives to see Indian Blue Robin, Pled Thrush or Scaly Thrush lurking in the denser undergrowth. Kashmir Flycatcher is another attractive bird species found in the park.

This is the highest point in Sri Lanka, overlooking the town to the north. You cannot walk to the top anymore but there is a small path off Water field Drive that leads to a waterfall. From there, the hikers can follow the river up via seven more waterfalls - a neat hike for adventurous folk! This journey goes as far as the 7000 foot marker. 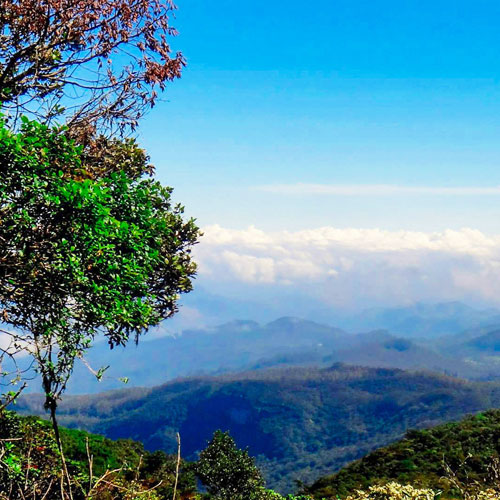 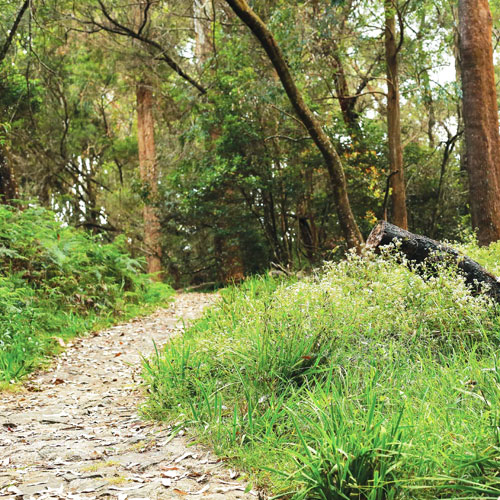 A beautiful land area covering an extent of 57.6 hectares of land in Nuwara Eliya had been gazette as a Bird sanctuary in the year 1938. This bird sanctuary attracts about 20 species of very rare foreign birds and about 30 species of Sri Lankan birds. Most of the endemic bird species as well as migrant bird species could be seen at this sanctuary. In addition to the birds this park has valuable tree species of both foreign and local.

Built in 1885 the Pedro Tea Estate expands over 670 hectares of rich green land. The rows and rows of tea plants are handled with care to produce the perfect cup of tea to complete your evening. At Pedro Estate factory you will be shown the full process of how tea is manufactured and then graded and packed for export to all corners of the world. The Pedro tea estate is located in Central Sri Lanka at close proximity to Nuwara Eliya and is located on a landscape with the blue sky as the background with green pastures of tea and waterfalls cascading, which is a sight never to be missed. Situated about 3.5 KM east of Nuwara Eliya it is accessible by vehicle. 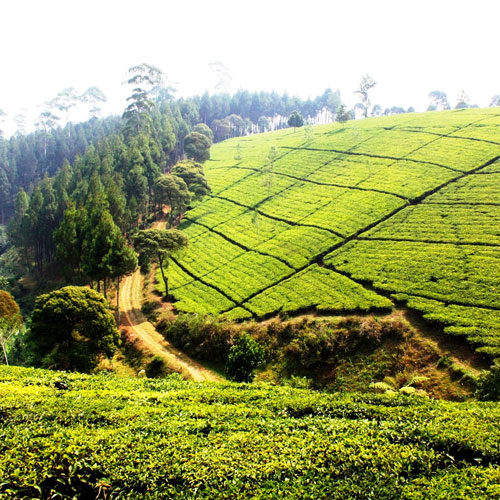 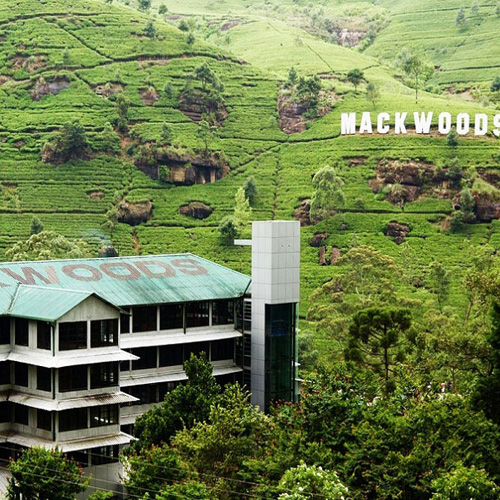 Mackwoods is a historical tea factory covering over 27,000 acres of tea and rubber plantations. It was originally founded by Captain William Mackwood in 1841 during the inception of tea estates in Sri Lanka; and is the second oldest mercantile firm of the country. The company remained with the Mackwoods family until 1956, when it was passed on to Mr. N.S.O. Mendis, a visionary Sri Lankan entrepreneur. Mackwoods then experienced exponential growth as a brand; and is now a pioneer in the management of tea estates with an employee count of over 10,200. The Mackwoods Labookellie Tea Centre is located in the heights of Nuwara Eliya, over 2000m above sea level, in some of the tea plantation areas in Sri Lanka. It was the first tea factory in Sri Lanka to be awarded ISO 9001:2000 Certification from SGS, UK; and is a modern facility that greatly benefits from the techniques adapted by the Research and Development team of Mackwoods. As such visitors to the Labookellie Tea Centre get a chance to see and experienced the best of quality and newest devolopments of the Mackwoods Tea Centre. There is also a museum of Mackwoods’ history that is available for viewing.

Moon Plains (also known as Sandatanne, Sandagalatanne) is the latest attraction open to public in Nuwara Eliya. This area is now classified as an Agricultural and Environmental Tourism Zone by the Municiple of Nuwara Eliya and was declared opened in 25th March 2014.

The main attraction of Moon Plains is the mini Worlds End at the edge giving a 360 Degree view of the surrounding peaks and towns. The plains is home to Elk, wild buffaloes, dear and many types of birds. This area is also visited by leopards. 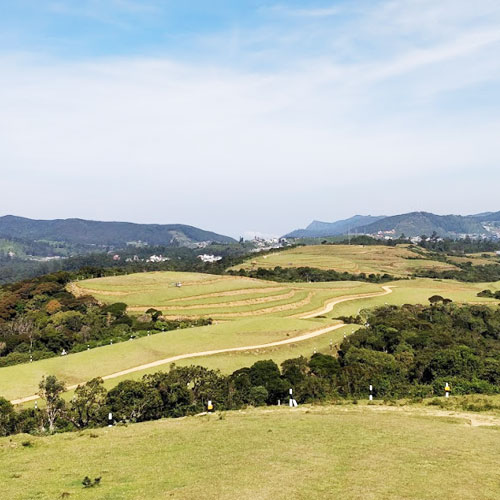